Breakfast Around The World

Breakfast Around The World 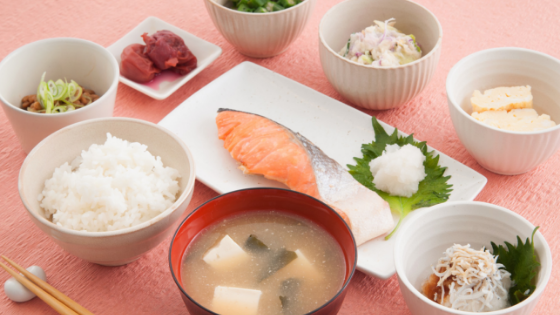 It’s been called the most important meal of the day by many and frequently dismissed or skipped by others. But whatever your opinion of breakfast as a whole, you have to admit that its components make for some memorably delicious experiences. Its offspring, brunch, has been identified across the globe as a universally joyful culinary event. Foodies love an excuse to put eggs on a plate with any number of accompaniments. We are major fans of not only breakfast, but also of eggs. We’ve noticed that many of our customers enjoy pairing eggs with our product superstar, Polanco Caviar. We couldn’t agree more with this superb coupling. As a tribute to breakfast – we thought we would do a little research and discover what ingredients come together to form a “typical” breakfast in a few different countries. Pass the toast and join us on this egg-centric tour of the day’s first meal.

Most of the world is well aware of the typical English breakfast. The Scottish fry is quite similar, but with a few Scottish twists. You’ll have your fried egg and toast, your tomatoes and mushrooms, and of course your bacon and sausage. But in Scotland, one of the two sausages on your plate will be a Lorne sausage. This square shaped delicacy does not have a traditional sausage casing, so it must be packed tightly in a square shaped mold in order to maintain its distinct shape and remain intact when cooked. It is made of both pork and beef that are mixed together with a bevy of spices including salt, pepper, coriander, and nutmeg. This Scottish specialty is the perfect shape to rest comfortably between two slices of bread, so it’s no surprise that it is often heated up after breakfast and made into an uber-tasty sandwich.

Another uniquely Scottish breakfast item included in a full breakfast is traditional haggis. Haggis is one of those regional foods that for many visitors, requires some getting used to. It is made of a mince of sheep’s heart, liver, fat, and lungs, along with onion, oatmeal, and spices. All of this is encased and cooked in the sheep’s stomach lining. It is such a favorite in Scotland it has the honor of being considered a national dish. While the ingredient list may turn you off initially, reserve judgment until you give it a taste.

The French can brag about a lot of things in the kitchen. Their food is the stuff of legend. So you would think that their breakfast offerings would be over the top. They aren't. The French truly value simplicity in the morning. They want a few classic ingredients of the highest quality joined together exquisitely. Their traditional breakfast reflects this.

When you sit down to a French breakfast table, you’ll most likely be greeted by just a few choices. You’ll see different flavors of croissants, (butter, almond or chocolate), and/or baguettes. You’ll also see some spreads for these spread-delivery-vehicles. These spreads will be butter or jam. You may see some fruit and yogurt or a glass of orange juice on a French breakfast table, but don’t be surprised if you don’t. French people will have a croissant and a cup of café au lait and call it a day.

So why the simple breakfast? While the French adore their food and unapologetically savor it, they prefer to focus on the meals that follow the first one of the day. For the French, lunch and dinner are much more splendid affairs, especially lunch. While breakfast is a quick grab and go event, lunch is a sit down and enjoy affair. Lunch can be several courses and more than an hour; dinner as well. It’s the French way, and who are we to question it?

The traditional Israeli breakfast originated in the kibbutz (Israeli communal farm). With every resident of the kibbutz contributing to tiring and taxing field-work, it’s no surprise that an Israeli breakfast developed into a hearty and satisfying meal to be shared with everyone who also shares the work load.

Usually, an Israeli breakfast offers a wide selection of dishes, but with some restrictions. Because of dietary laws, pork is never served and because dairy is offered (and indeed featured) in this meal, meat isn’t served either. Meat and dairy can never be served together. You can have your fill of cheeses and yogurt, as well as eggs, including a special dish called shakshouka, which are eggs poached in tomato sauce. You can also find pickled fish, including pickled herring, sardines, and salmon. Everything is accompanied by a variety of salads and breads, spreads like hummus, as well as a selected fruits. You won’t be hungry after breakfast in Israel!

The Japanese are known for their healthy diet and as a result, amazing longevity. It turns out healthy eating is also apparent in their traditional breakfast foods as well. It makes sense that they would choose wisely at every meal.

Some of the common breakfast choices include the ubiquitous white rice accompanied by eggs, tofu, and miso soup. They also include plenty of vegetables in the mix, including the wildly nutritious seaweed and plenty of mushrooms. We know some of those foods from lunch and dinner menus as well. Everything is easy to digest, low in calories, and tasty. But not everything is familiar to the western foodie and one particular Japanese breakfast dish - natto - is considered an acquired taste. Natto is essentially fermented soybeans that have a bitter taste and a pungent smell. It definitely takes some getting used to. Natto is both slimy and sticky and many Japanese diners top it with mustard, soy sauce, or onions to jazz it up a bit. It is high in protein and pairs well with their other breakfast offerings.

In Ghana, as in Japan, rice is a key component of a traditional breakfast. Their special rice dish, waakye, is made with rice and black-eyed peas. The two are cooked together and are often eaten with a hard-boiled egg, avocado, and even spaghetti or salad.  It is easy to prepare and delicious to eat.

Waakye isn’t the only traditional Ghanaian breakfast food. Hausa koko is also popular. This dish is a spicy porridge made of millet flour and eaten with bread. It is not only popular in the home, but also a staple of street food in Ghana.  And as in so many parts of the world, Ghanaian's love their tea and coffee.  It is a tradition to eat well in the morning to be ready and energized for the day.

Breakfast around the world is varied and unique, but there are a few common denominators.  In each country, special traditional dishes are cherished and enjoyed by old and young and these traditional dishes have certain flavors that aren't necessarily "love at first bite" for every visitor.  But, the bottom line is, breakfast is very much alive and thriving - making eating interesting first thing in the morning, globally.  Let us know if you have a particular breakfast food you love!