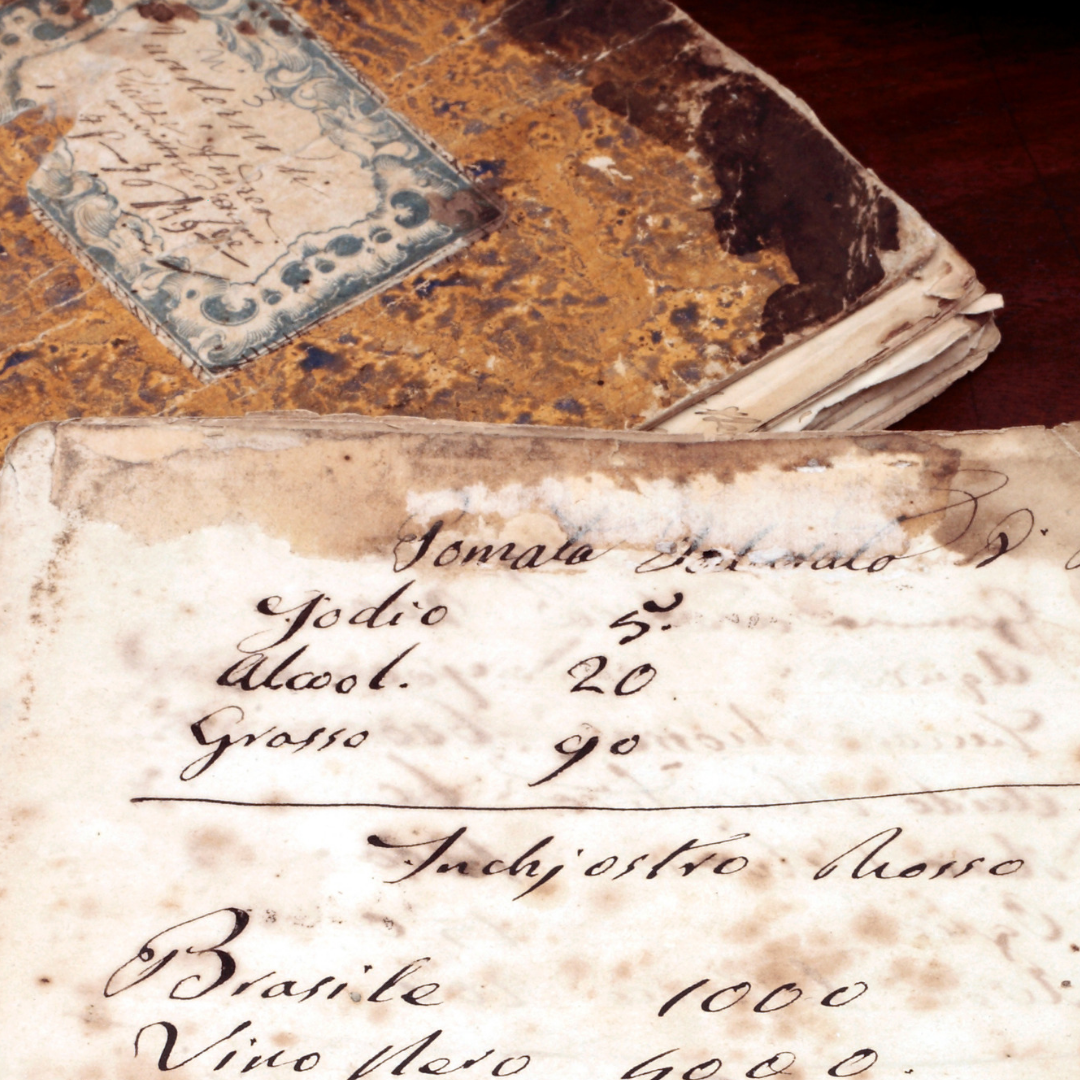 If you look back in history, people have been living to eat for centuries (as opposed to eating to live…boring!). The love of food is timeless and universal. And when home cooks and professional chefs create a particularly wonderful dish or throw together just the right combination of ingredients, they memorialize those recipes for others to duplicate, enjoy, and improve. We thought it would be fun to go down the old cookbook memory lane to see what the recipe collections of the past tell us about the cooking and eating habits of our culinary ancestors.

This particular cookbook is considered the oldest cookbook in the west. The manuscript we have is written in Latin (the title translates as “On The Subject of Cooking”), and dates back to 9th century Germany, but the recipes it contains go back even further. If you want a glimpse of what Roman citizens considered gourmet eating, this book gives you some clues. It is divided much like our cookbooks are today, with each topic covering a particular protein, vegetable, or spice, with recipes built around a main ingredient.

The recipes in De Re Culinaria feature ingredients that would be easier for a wealthy household to get its hands on, but many home cooks would have been able to find most of the ingredients, or improvise and still come out with a tasty dish. The cookbook includes tips on how to make a great broth, how to preserve meat without salt (use honey instead), how to preserve different fruits, and other valuable kitchen tips.

Some of the recipes sound very familiar, including vegetable sides, roast chicken, and fish croquettes, but of course, because tastes have changed, the modern reader might find some titles unappealing. Brain pudding, hare’s livers, roast flamingo, and sow’s tails may have been delicacies in ancient Rome, but chances are they won’t make it on the menu at your next dinner party.

This incredible cookbook can be viewed digitally in its entirety at the National Library of Spain’s website, and it’s worth checking out. Ruberto de Nola was a famous Spanish chef who cooked for royalty and has the distinction of writing the first cookbook in the Catalan language. His Libro de Cozina dates back to the early 1500s and even though it’s difficult to make out the words, even for native Catalan speakers, just perusing the virtual pages leaves an impression.

The cookbook was hugely popular when it came out and was translated into Castilian Spanish, making it then the first cookbook in the Spanish language as well. It went through ten editions - somewhat unbelievable for the time period – but this confirms its popularity. The cookbook itself contains many standard medieval recipes, but it also includes many Moorish recipes, which illustrates the influence of the Moors in every aspect of Spanish culture, including its food. The book includes numerous recipes for eggplant, a staple of Spanish cuisine to this day. Prepared in a modern kitchen, these recipes stand the test of time.

This medieval French cookbook dates back to the early 1300s. Even though “viande” in modern French means “meat,” or a book about meat, it is generally accepted that this “viandier” would be translated as the more traditional Latin “vivenda,” or “food.” It would therefore be considered a book about food or simply a collection of recipes. There are quite a few versions of it, some ascribing its authorship to a very important medieval French chef named Guillaume Tirel.

Chef Tirel also cooked for royalty and his Viandier included important techniques that would influence French cooking for centuries. Throughout its pages can be found different recipes for broths to enhance fish, veal, venison, boar, and chicken, hinting at the importance of sauces that today differentiate French cuisine from every other world cuisine.

Many familiar spices are also discussed at length including ginger, saffron, cloves, and cinammon. Experiments with flavor profiles are as old as cooking itself – and the desire to enhance and elevate meals universal. As new spices were introduced in Europe, it was quickly discovered that their use in specific combinations made every dish better. If we didn’t know this cookbook was hundreds of years old, we might mistake it for a slightly offbeat modern collection of recipes.

The Forme of Cury

The oldest cookbook in (middle) English dates back to the early 14th century and was written by a group of royal chefs who cooked for Richard II. It contains almost 200 recipes and would be called in modern English “The Forms of Cooking.” In addition to illustrating common meals in English households, it also teaches chefs how to put on a medieval banquet. We can see from the various courses and the elaborate spices that these multi-course meals were an extremely important part of royal celebrations. To share a meal was a way to bring people together in style, as well as a method of showing off.

If we compare the Forme of Cury with other ancient recipe books, we can see that sugar was used more and more in place of honey, which was a staple of Roman sweetening. There are also an abundance of fruits and vegetables used, and a view of food as having medicinal properties. Our ancestors were ahead of their time! Because palates change, some of the recipes in this book would not be appealing to the modern diner. Proteins such as porpoise, crane, whale, and seal, would be met with a resounding “eewwww,” but recipes for chicken and pork abound.

The complete Forme of Cury manuscript currently resides in John Rylands Library in Manchester, England. Recipes from it have been served in the Library’s café. It would be interesting to hear the feedback!

That ancient chefs took the time to write down, or at least dictate, their techniques and their recipes, proves that cooking well has always been a valued skill. Whether you’re a king or a layperson, today or in the Middle Ages, everyone wants to eat well. Who knows what future generations will think of our cookbooks?