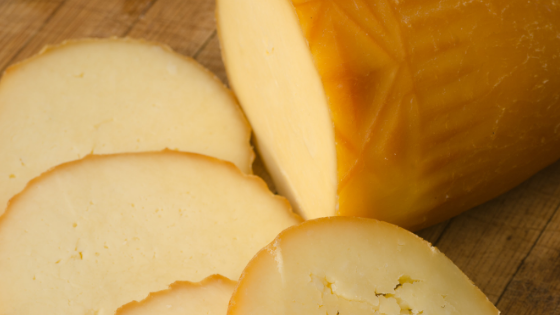 Here at Fine Taste Club – we are crazy about global gourmet food. We search high and low for it. In addition to our wildly popular Polanco Caviar, it seems that lovers of fine food are also passionate about cheese. We couldn’t agree more. Cheese is one of those foods that when added to just about anything, makes it better. We decided to do a small survey of some of the most interesting cheeses on the planet, just for fun. We hope you enjoy this little dive into a culinary classic – and its different and exotic manifestations around the world.

If you’re ever in Poland, you might want to take a side trip to the area surrounding the Tatra Mountains and try a smoky sheep’s milk cheese called oscypek. This rare cheese must meet very specific criteria in order to be authentic. As a matter of fact, fewer than 150 people are qualified to produce it! In order to be certified, it must weigh between 600 and 800 g and measure between 17 and 23 cm. It must be made from at least 60% sheep’s milk, and can only be produced when the sheep feed on fresh mountain grass, which is between late April to early October. Any cheese that does not strictly meet these specific demands cannot be sold as oscypek. Made by hand (of course), the fresh cheese is put into carved wooden molds, making it beautiful to look at, as well as delicious to eat. The pine or spruce wood used to smoke it gives it a golden color on the outside, and a creamy white color on the inside.

For lovers of stinky moldy cheeses, the Bulgarian village of Cherni Vit has a national treasure.  This sheep's milk cheese made in the Balkan Mountains, where the air is moist, is soaked in brine-filled wooden barrels.  When it is taken out and exposed to air, it takes on a moldy green hue, and the sharp flavor associated with it is not soon forgotten. It's a centuries old tradition, but less than 20 years ago, this special cheese was almost in danger of becoming extinct.  No one in the village wanted to take up the cheesemaking, and it took the Slow Food Foundation to come in and save the cheese.  Even the mayor of Cherni Vit joined the fight, and learned the process of making Cherni Vit Green Cheese. It is now safe for posterity and if you go to Cherni Vit, Bulgaria, you can sample it.  But unfortunately, that's as far as it goes.  Due to EU regulations, this cheese cannot be sold commercially.

The next cheese in our survey comes from Kazakhstan and is a valued source of calcium to this country’s few remaining nomadic shepherds - kurt. It is served in a small ball shape and should be eating slowly, and in little bites, because of its extreme saltiness. It is a handy portable snack, which can remain edible for years! The way it’s made is to take soured milk from either a sheep, camel, goat, or cow and straining the liquid into soft curds. The small balls are left in the sun to get hard. In the winter, they are used by the Kazakh shepherds in place of milk, and crumbled into stews and soups. Even though there are not that many nomadic shepherds left in Kazakhstan, you can still find kurt sold all over central Asia. Well worth trying!

When we think of animals producing cheese, sheep, goats, and cows come to mind. We certainly don’t think of moose – not least because milking them would be quite a challenge! But moose cheese is made in Bjurholm, Sweden, and it will set you back about $500/lb. if you’re so inclined to try it. The Johannson family produces the cheese from three moose, Gullan, Haelga, and Juno, which they own and care for. The Johannson family farm makes three varieties of moose cheese, a soft white cheese similar to a camembert, a blue cheese and a feta. It takes a lot of patience and care to produce these unique cheeses, and one can’t help but wonder what will happen when Gullan, Haelga, and Juno pass the rainbow bridge. Will that be the end of moose cheese?

While we're on the topic of expensive cheeses, our next selection ranks almost as high as moose cheese.  White Stilton Gold, or the King of British Stilton cheeses, sells for as much as $420/lb. and actually contains among its crumbles real gold! Only six creameries in the world are allowed to produce it - and they take that privilege very seriously.  Premium white stilton is infused with either edible gold leaf or gold liqueur.  The gold is clearly visible in every slice.  It kind of makes regular stilton seem rather "blah."  We never thought we would say that about stilton.  Even though it's wildly expensive, it is quite popular in Britain, people sparing no expense to impress their dinner party guests.

There are still many other amazing and rare cheeses to cover – we could write a book.  We haven't even gotten to Pule, the most expensive cheese in the world, made in Serbia. Stay tuned for Part II of our Interesting Global Cheeses survey, and if you have one you’ve tried and enjoyed, let us know. We’d love to hear about it. Life is short, so pass the cheese please!